How To Outsmart Your Kids Online with Amber Mac 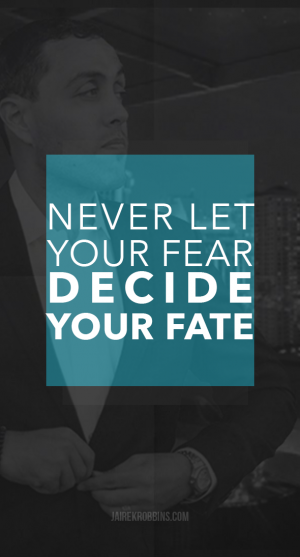 Internet safety is more important now than ever before. Everyday seems to bring about a new app and new privacy concerns. So what better time than now, to arm yourself and protect your loved ones by learning from the best in the industry when it comes to all things tech, social media, and safety.

I recently sat down with my good friend Amber Mac, an savvy entrepreneur, bestselling author, blogger, keynote speaker, and TV/Radio Host. She started her career during the dot-com boom in San Francisco and have since been at the forefront of reporting on and participating in digital innovation.

Below are some show notes from our JRCtv interview:

Jairek: How did you come up with the idea for the book?

Amber: Last summer I became a fan of the show Mr. Robot, which is a hacking series on USA Network and I connected with one of the show’s technical advisers Michael Bizzell on Twitter and who had also spent years with the FBI doing cybercrime investigations. He is now doing security workshops and really immersed with that space and really understands what is happening from a law enforcement perspective and how kids are getting into trouble and danger.

We met in Toronto last year and started talking over dinner. I go out and promote social media in terms of how to use it and he goes out and talks about how law enforcement can protect people when using social media and dealing with certain cases where there is harassment and the dangers that take place. We both said that the question that we get asked the most at events is by parents who say, “Hey my kid is doing this. How do I protect them and what do I do?” We realized that there’s just a big need for a book to educate, not just kids, but parents and families on how to stay safe and how to protect their privacy and security. To be honest with you, we all can kind of use that even if we go out and promote ourselves, sometimes we go one step too far and think, “Oh I shouldn’t have put that out there!” Right?

One of the things they say on Instagram “Consider the whole picture” Sometimes we think this is a great picture but we don’t notice that it has your house number in the photo or your dog’s tag, or whatever it might be.

A: I think there are two big things. Visual social media involves taking pictures and livestreaming video content, whether it is on Periscope or Facebook Live. Kids sometimes get excited about that and they forget what type of information they could be sharing. I think because social has become spontaneous there is a concern and you want to tell kids to think about what they are doing before you actually go live. Also, when it comes to privacy settings, if you look at Facebook there is some information that you think is protected, but it is in fact public information that Facebook decides not just to show. In fact you can use tools to see that information is publicly available for someone if they want to look into it. It really becomes about the information of privacy – how easy it is to have conversations anonymously online? At the end of the day education is the number 1 thing that parents can do when it comes to kids and understand what tools they are using.

J: It is amazing what people are willing to post in a place that they think is going to disappear in 10 seconds. You don’t realize what they touch on. When you post something, even if you took it back down, on most of these servers and programs even though they say they delete it, is it true that this stuff really sticks around a lot longer than people imagine?

A: Yeah, that is what people think and I think that is part of the issue with the rise of disappearing social media like Snapchat and other tools out there. The reality is just like you said, people think that it disappears forever but it’s just so easy to simply screenshot it or take a photo of it or record a video using another device of what you are looking at. So sometimes we feel safe and think it is a private tool, but nothing is private. What’s private is that if we go to one room and there’s no one around the house and we have a conversation. That’s about it!

J: That’s fascinating! Teenagers have a lot of fun but at one stage there wasn’t a recording device capturing every single moment of it for eternity. You’ve got to think back, whatever stage of life you are as a parent, think back to the things you did if they were captured, posted and reposted. It’s going to be a fascinating old generation when the young ones get there. But like you said, education, how do you go about educating? A few ways are obviously reading the book, learning more about what’s going on and how to talk about it. I haven’t grabbed a copy yet, but I’m guessing in the book you talked about the types of conversation to have and gave ways on how to go about those because it can be a little tricky.. 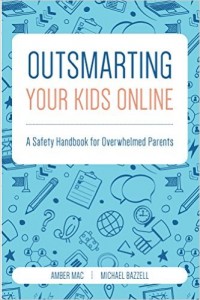 A: What’s interesting about that piece is that Michael Bizzell talked about the security side of things and how to protect yourself and find information. I can talk about the new technology as far as what’s coming down the pipeline and what we should be aware of, but we really felt that piece was missing so we interviewed a family therapist who came in and we did extensive interviews with her about how to have conversations with your kid and when that needs to happen. A lot of parents will start a conversation and then just fly off the handle – “I saw that you did this.. I don’t like it, etc.” but it just makes their child shut down. A lot of what she talks about is coming from a point of “I saw that you posted this and it makes me uncomfortable, how does that make you feel?” conversation and really just getting in control of the interactions you have with your child around technology so that they don’t shut down. This will help make sure they don’t start using services that lock you out entirely and stop communicate with you. She gives a lot of great advice in the book.

J: I posted online about our chat and someone posted something that I have my own opinion on, which I would like to share. Someone said “It’s called love. The more love your children feel from you, the less they will have to hide things from you. So you won’t need a trick to outsmart them. It’s the ultimate trick, you don’t see it coming, can’t resist it and have no defense against it. If I could share my two cents first, I have to say I have a mom who has one of the biggest hearts in the world who would give me more love for anything ridiculous I ever did. There was never a doubt about if I was loved or not by my mom and even with the incredible, magical abundance of love that I received constantly for everything that ever happened – even the bad stuff – there was still a part of me as a kid that had some stuff I was up to that I didn’t want mom to know. (Sorry mom!) I don’t believe that’s necessarily the answer, but I think that might be a trap that some parents fall into, which is “If I just love them enough, they will do the right thing.”

A: I could not agree more and I will share my history. My mom and dad love me to pieces, are always present and supportive to me, but when I was 15 years old I kind of got into a bad crowd and started to do some things that I probably shouldn’t have been doing. My parents started to worry and they were still there. I kept a diary but my mom was so concerned that she found my diary and found out that I was up to stuff I shouldn’t be doing. She proceeded to get very involved in my life.  Love is a massive part of it but when it comes to our children sometimes you do need to intervene. You do need to get involved to keep them safe.