Ep 45 – Dave Sanderson – What the World Needs More Of… Gratitude

Jairek Robbins
What The World Needs More Of.... Tune in (24:38)
0.75x
1x
1.25x
1.5x
2x
0:00
24:38
Apple PodcastsGoogle PodcastsPlayer EmbedShare Leave a ReviewListen in a New WindowDownloadSoundCloudStitcherSubscribe on AndroidSubscribe via RSSSpotify 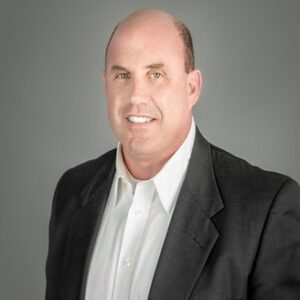 Wow Factor: I believe my WOW factor is the ability to be resourceful and I’ve had several instances where I have been able to practice and hone it, one in surviving a plane crash in ice cold water.

What the world needs more of: Understanding of others points of perspective.

Bio: Dave Sanderson is the President of his firm, Dave Sanderson International based out of Charlotte, NC. On January 15, 2009, Dave was one of the last passengers off the plane that crashed into the Hudson River, best known as “The Miracle on the Hudson” and was largely responsible for making sure others made it out safely. In addition to speaking, mentoring, coaching and training, Dave conducts workshops, is a much sought-after podcast celebrity, an author with his best-selling book titled “Moments Matter”, hosts his own radio show on Contact Talk Radio and C-Suite Radio called “Moments Matter with Dave Sanderson” and his daily flash briefing on Amazon Alexa titled, “Dave Sanderson: DECLASSIFIED.” He shares the 12 skills he learned when he was the director of security for Anthony Robbins that he employed that day and during his 30+ year sales career which helped him be a top producer in every organization he was with and how you can use them to not only survive but grow and thrive in your life. In his TEDx talk “Bouncing Back,” Dave shares strategies on how to grow from your “personal plane crash” in life, known as PTGS (Post Traumatic Growth Syndrome). Dave is a faculty member with Dominique Wilkins, Don Barden, Brittany Tucker, and Steve Nedvidek at the Leadership Mindset Series in Atlanta, GA, the first and only servant leadership coaching program designed to help business leaders around the world to build a happier, more-productive business with a better bottom line. He and his wife, Terri, reside in Charlotte, NC. They have four children, Chelsey, Colleen, Courtney, and Chance.