Jairek Robbins
What The World Needs More Of.... Tune in (58:30)
0.75x
1x
1.25x
1.5x
2x
0:00
58:30
Apple PodcastsGoogle PodcastsPlayer EmbedShare Leave a ReviewListen in a New WindowDownloadSoundCloudStitcherSubscribe on AndroidSubscribe via RSSSpotify 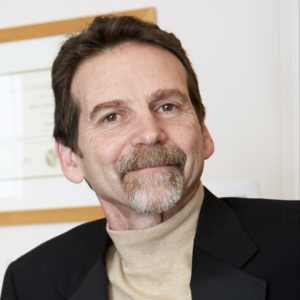 Wow Factor: the sense of awe toward life, which I evolved through some difficult childhood experiences as well as profound adult experiences, all of which derived from the hard-won development of the capacity to be more fully present to myself and others.

What the world needs more of Cultivation of the sense of awe–the humility and wonder, thrill and anxiety, or sense of adventure toward living.

Bio: Kirk Schneider, Ph.D., is a licensed psychologist and leading spokesperson for contemporary existential-humanistic psychology. Dr. Schneider is past president (2015-2016) of the Society for Humanistic Psychology of the American Psychological Association, recent past editor of the Journal of Humanistic Psychology (2005-2012), president of the Existential-Humanistic Institute (EHI), and adjunct faculty at Saybrook University and Teachers College, Columbia University. A Fellow of the American Psychological Association (APA), Dr. Schneider has published over 100 articles and chapters and has authored or edited 12 books (several of which have been translated into Chinese, German, Greek, Russian, Turkish, and Portuguese). These books include The Paradoxical Self, Horror and the Holy, The Psychology of Existence (with Rollo May), The Handbook of Humanistic Psychology (2nd Ed.) (with Fraser Pierson and James Bugental), Rediscovery of Awe, Existential-Integrative Psychotherapy, Existential-Humanistic Therapy (with Orah Krug—accompanying APA video also available), Humanity’s Dark Side: Evil, Destructive Experience, and Psychotherapy (with Art Bohart, Barbara Held, and Ed Mendelowitz), Awakening to Awe, The Polarized Mind, The Essentials of Existential-Humanistic Therapy Supervision (with Orah Krug), The Spirituality of Awe: Challenges to the Robotic Revolution and The Wiley World Handbook of Existential Therapy (with Emmy van Deurzen et al.) is in preparation. Dr. Schneider is the recipient of the Rollo May Award from Division 32 of the APA for “Outstanding and independent pursuit of new frontiers in humanistic psychology,” the “Cultural Innovator” award from the Living Institute, Toronto, Canada, a psychotherapy training center which bases its diploma on Dr. Schneider’s Existential-Integrative model of therapy, and an Honorary diploma/membership from the Society for Existential Analysis of the U.K. and East European Association of Existential Therapy. Dr. Schneider is also a founding member of the Existential-Humanistic Institute in San Francisco, which in August 2012 launched one of the first certificate programs in Existential-Humanistic practice to be offered in the U.S.A. In April 2010, Dr. Schneider delivered the opening keynote address at the First International (East-West) Existential Psychology Conference in Nanjing, China, and has repeatedly been invited to speak at various similar venues in China—as well as Japan–over the last several years. He delivered a keynote address at the First World Congress of Existential Psychotherapy in London in May 2015.