Jairek Robbins
What The World Needs More Of.... Tune in (33:09)
0.75x
1x
1.25x
1.5x
2x
0:00
33:09
Apple PodcastsGoogle PodcastsPlayer EmbedShare Leave a ReviewListen in a New WindowDownloadSoundCloudStitcherSubscribe on AndroidSubscribe via RSSSpotify 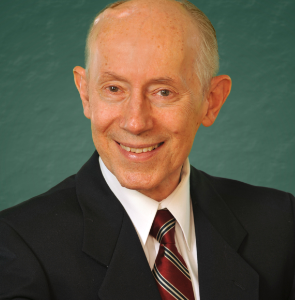 Wow Factor: We fell in love in Chinese class at Cornell in 1963, married 20 years later, still deeply in love, ready to face the challenges of an interracial marriage and multiple sclerosis, which eventually made Tina quadriplegic and on a ventilator, with 24/7 nursing at home for the past 14 years, after nearly dying in 2004.

What the world needs more of: Our story is about the power of love, the importance of marriage, and the value of human life, even severely disabled life as my wife now endures. These three.

Bio: Douglas Winslow Cooper, writer, and retired environmental physicist, now helps manage the at-home nursing care of his wife. Cooper earned his A.B., with honors, in physics at Cornell, then served at the U.S. Army biological warfare laboratories at Ft. Detrick, MD. He obtained his M.S. degree in physics at Penn State and his Ph.D. in engineering from Harvard. His professional life centered on environmental issues, and he was the author or co-author of more than 100 technical articles published in peer-reviewed journals. [Citations: https://scholar.google.com/citations?user=VjhPPtIAAAAJ&hl=en&oi=ao%5D In 1995, he was elected Fellow of the Institute of Environmental Sciences. In 2011, he wrote and published Ting and I: A Memoir of Love, Courage, and Devotion, available at amazon.com. He co-authored two other memoirs and edited three more. He recently wrote and published Write Your Book with Me and co-authored and published SOLVED! Curing Your Medical Insurance Problems. His coaching, writing, and editing site is http://WriteYourBookWithMe.com. His most recent book, Cooper and Beggin, How to Manage Nursing Care at Home, was published by Outskirts Press in March 2017.