Big Picture in a Tiny Nutshell, by Ray Dalio

Ray Dalio, who has been a leading global investor for 50 years, shares his findings of a quest he undertook to understand the workings of the world. This search was necessary because Dalio was interested in learning the principles that explain the history of the major economies over the past, how they rose and fell, and from this information, gain an understanding of where the world economy is today and where it is headed in the light of the current upheaval triggered by the global COVID-19 pandemic together with the other economic stresses.

His is a study of how countries have acquired wealth and power over time, and how other countries rose to overtake the ones that held sway previously.

This week we are sharing with you our top 5 takeaways from Chapter 1 of: The Big Picture in a Tiny Nutshell by Ray Dalio

Ray Dalio reveals that throughout history, countries have acquired wealth by taking it from others, making it, or finding and extracting it from the ground. The country with the greatest amounts of wealth became dominant and dictated the world order, and then a huge shift was ushered in once that dominant power lost its pole position to another power. This rise and fall of global powers has played out regularly throughout the recorded history of the world.

2. How World Powers Are Born

According to Dalio, one of the leading reasons why countries or powers ascend to dominance is the productivity of their people. The output of each individual is dictated by the education they receive, their inventiveness, and their willingness to work hard, among other personal and societal factors. A country is therefore the collective reflection of the productivity of each individual therein.

Therein lies one of the key takeaways that you can grab from Dalio’s research. You can improve your standing by investing in learning and executing ventures that increase your productivity so that your star can continue rising. Similarly, when making investment decisions, consider how productive the company or jurisdiction is so that you can ably predict whether chances of rising (turning a profit on your investment) are high or low.

3. The Impact of Major Events

Productivity grows slowly and steadily, but underneath this process are disruptive events like credit booms and bursts, acts of nature (floods, epidemics, fires, etc.) which shift the balance of power not only within communities but also between different countries.

To bring this down to an individual, your chances of surviving a crisis similar to the one triggered by the current epidemic depend on how much debt you had taken on, your savings and ability to pivot and remain productive amidst the chaos.

The world has always had phases of destruction (the Spanish flu and the world wars, for example) in which the weak are weeded out, followed by reconstruction periods in which recovery takes place and credit facilitates rapid economic expansion, just before that credit becomes overextended (as was the case in 2008) and another destructive phase is ushered in, like what we are experiencing now.

While not everyone loses their job or dies during the destructive phase, everyone is adversely affected to some degree.

5. There’s a Silver Lining to the Destructive Phase

History teaches us that many people who go through these destructive periods even describe those times as having a number of unexpected benefits, such as bringing families closer, boosting strength of character, and reordering people’s priorities (focusing on the basics). Some of these lessons have already received some mention during this current crisis, so you might want to evaluate how well you are changing for the better during this time.

The hard times change people in ways that make them resilient and ready to build the foundations of future prosperity.

This is good news because it shows that despite how tough the times can get, they don’t last a long time and humanity has an amazing ability to adapt and bounce back even stronger. You should therefore not lose sight of the bright future ahead, but instead, take steps to make your recovery faster and more pronounced than that of others who take longer to do what is needed to survive the rough patch.

At a broader level, Ray Dalio identifies the different factors and conditions that cause powers to rise or decline, depending on their relative strength in each of those parameters. For example, he says new technologies, a bigger share of world trade, a strong education system, an industrious population, a strong military, a strong currency and other such factors work in a self-reinforcing way to propel a country to the top.

However, once at the top, inefficiencies naturally creep in. For example, the high-earning population starts seeking more leisure and becoming less productive due to losing competiveness in the market. This could explain why production in the U.S. became so costly that manufacturing was outsourced to other countries, especially China, over the past decades.

The cost of protecting the interests of the leading power abroad also gets so high and drains the economy since what is coming in from the empire is less than what is being spent to sustain that empire. A point is therefore reached when the emerging powers start challenging the dominant power, and a tipping point may be reached during which military or other forms of confrontation occur, or the existing power withdraws from the contest, thereby acknowledging that its dominance is near its end.

We are living at a time when all the factors for the rise of a new power (China) and the signs of a declining power (the U.S.) are all playing out right before our eyes. The U.S. is in the declining phase while China is ascending to world dominance. The political polarization seen in the U.S. today is an indicator that the wealth gap has become so huge and something will soon have to give.

At the same time, the wealthy are rushing to move their assets or holdings to jurisdictions where they feel safer from the pressures calling for the redistribution of wealth, and such actions worsen the domestic situation because the economy is further starved of tax generation avenues.

Ray Dalio ends his first chapter of the book on an optimistic note, saying that we each and collectively have the necessary tools (technology, for example) to get through this restructuring period so that a new world order and phase of prosperity can begin. What can you do as an individual to make this happen for you and those around you? 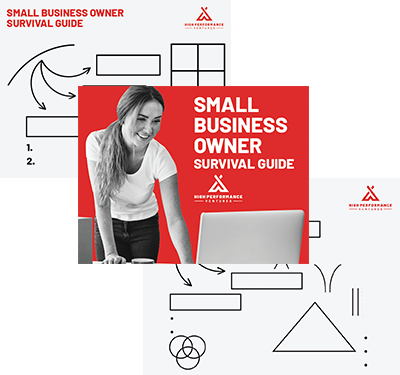